The Cottage Grove National Guard Armory is a project that consisted of 115 historic wood double hung windows. The scope of work included extensive window and wood restoration, preservation and repair. 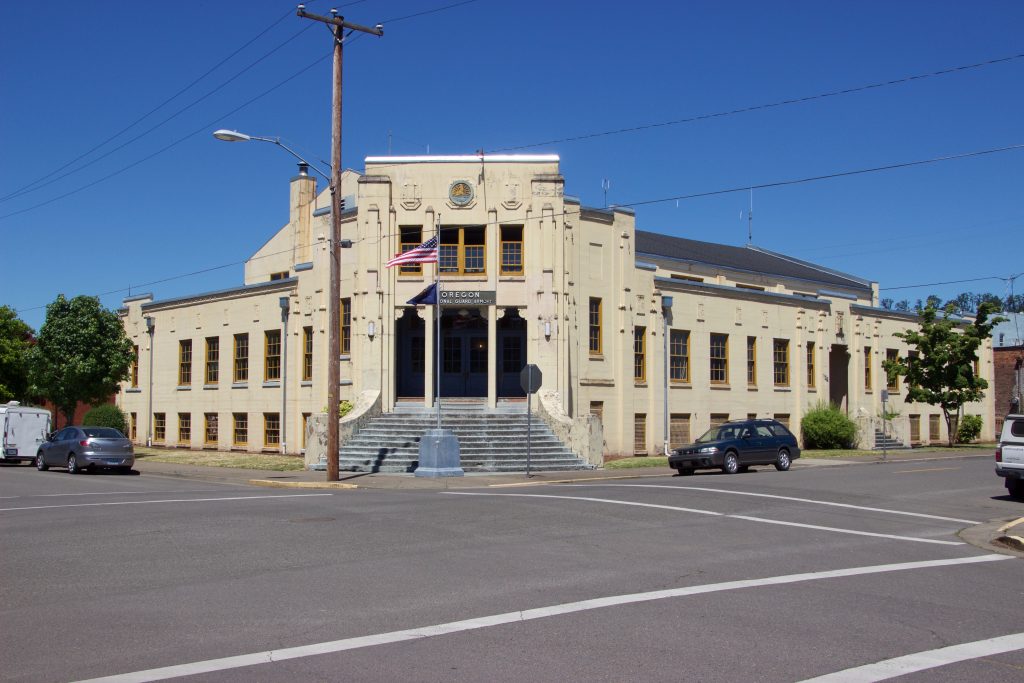 The project spanned the duration of over two years with no shortages of unique challenges along the way, including replacing wood sills encased in concrete, fracture concrete repair, removing non-original windows and relocating others where needed. This project is what gave my business the long-term security for my fledgling business to survive the odds in this very difficult industry. 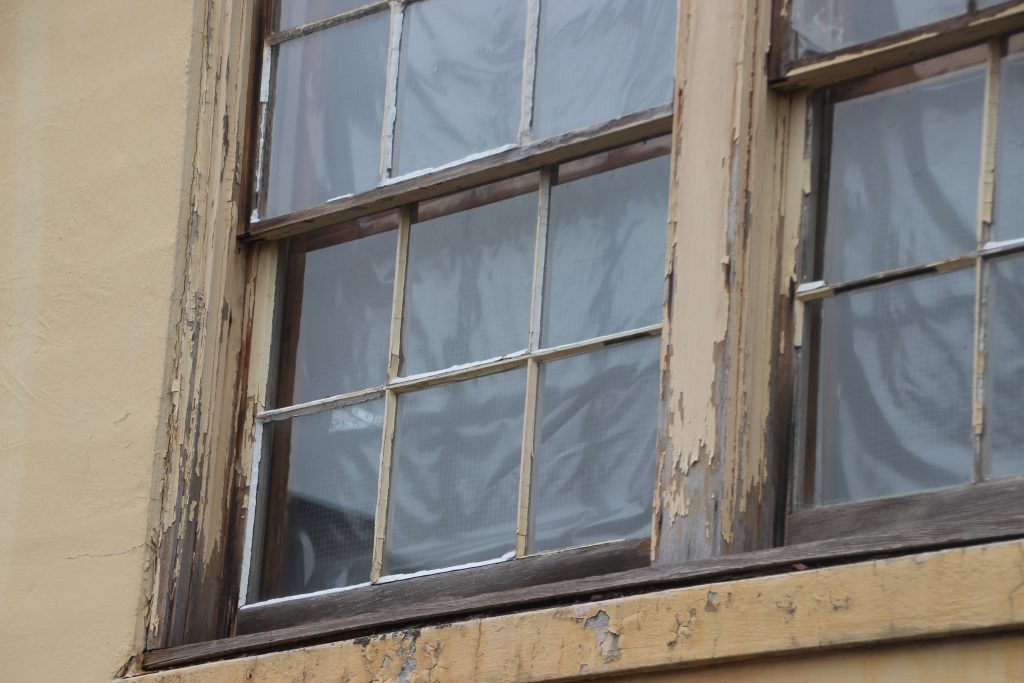 The Cottage Grove Armory was a collaborative effort in the 1930’s when the U.S. Army was feeling unprepared for war and began building armories across the nation. This particular location is something of a bottleneck between the hills to Roseburg and the wide open expanse into the valley. The structure was designed by a well-known Eugene architect named John Hunzicker, who also designed Eugene’s Armory, WOW Hall and the Eugene Hotel. During the Great Depression the Community of Cottage Grove passed a $15,000 bond to contribute to the construction of the Armory to include a gymnasium and other civil facilities with the future intentions of acquiring the structure when the National Guard no longer had a use for it. That day of changing hands occurred in 2010. 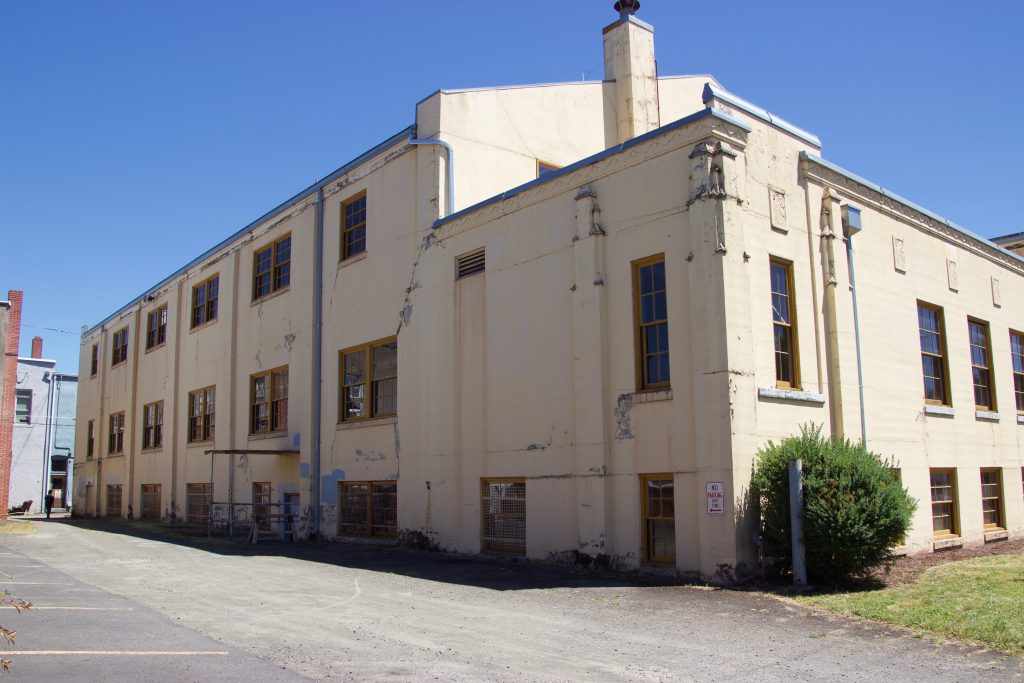 When I arrived on the project, the city of Cottage Grove recently acquired the structure from the National Guard with a destroyed heating system, years of deferred maintenance, areas of water infiltration ruining the plaster and a stucco facade and chimney showing areas of numerous fractures. Over the course of my two years off and on the structure, I have witnessed the increase in community engagement with numerous activities in the gymnasium, including banquets, city meetings, open houses and performances. 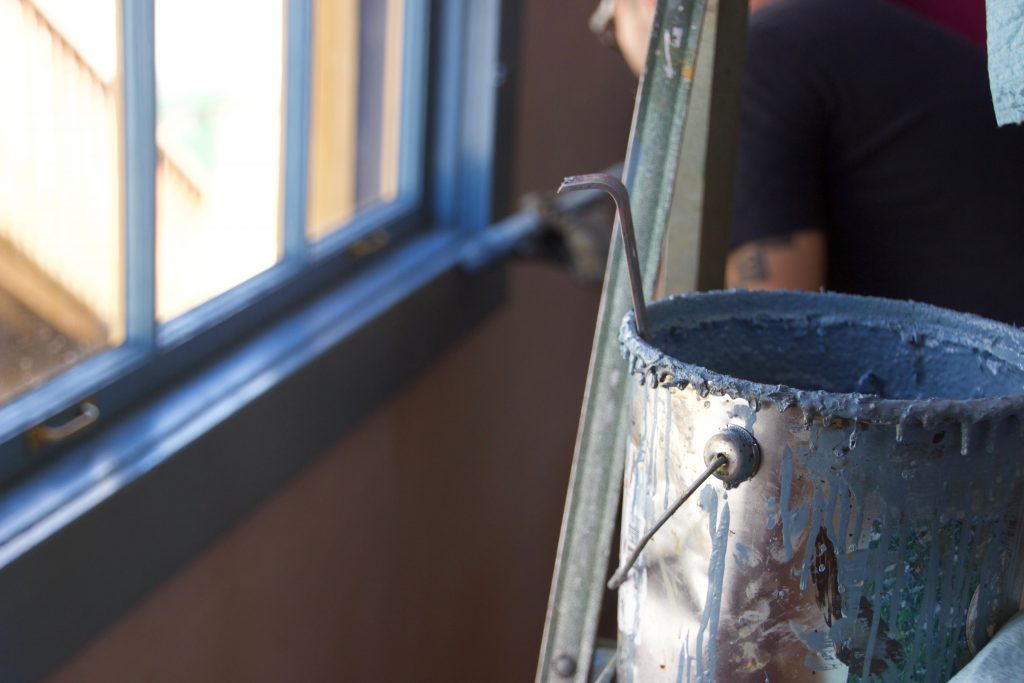 It was truly an honor to have been a part of revitalizing this structure. The countless “thank you’s” from passerby pedestrians getting to know the local businesses and getting to know the folks from the city from managers to the new incoming staff and interns. 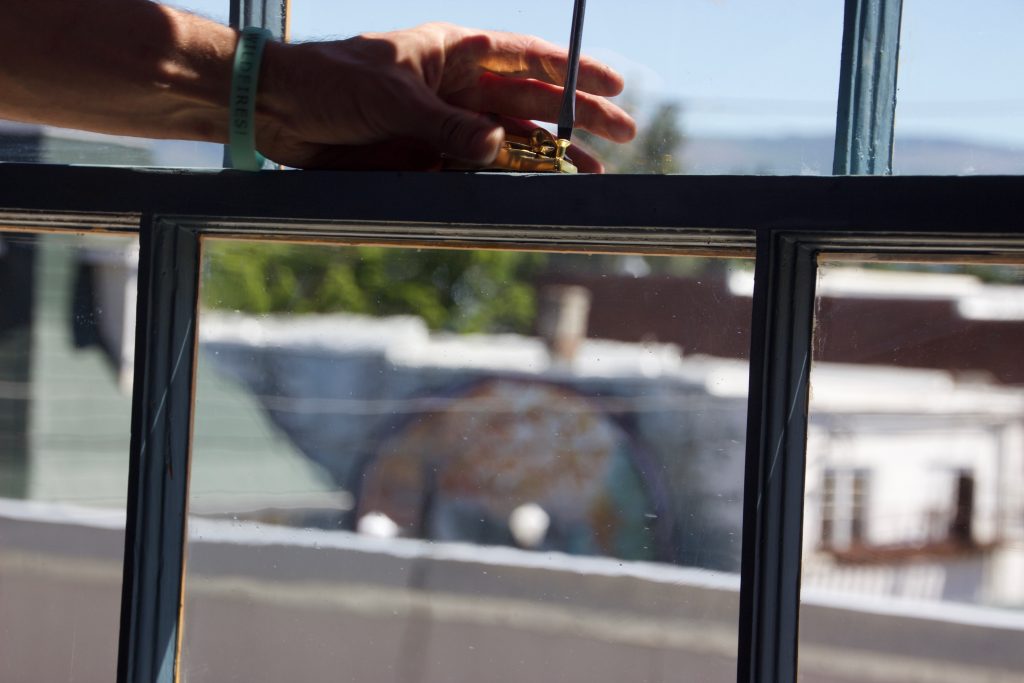 This was the type of experience that makes me love what I do. It isn’t only the craft I enjoy but the understanding of what made our area the way it is now, seeing the passion for preservation from others, and the opportunity of getting to know a building at an intimate level where you get to know of all the quirks and the little hidden secrets of the past craftspeople, like the cigarette burn marks on the window sills when the worker took a break from painting. 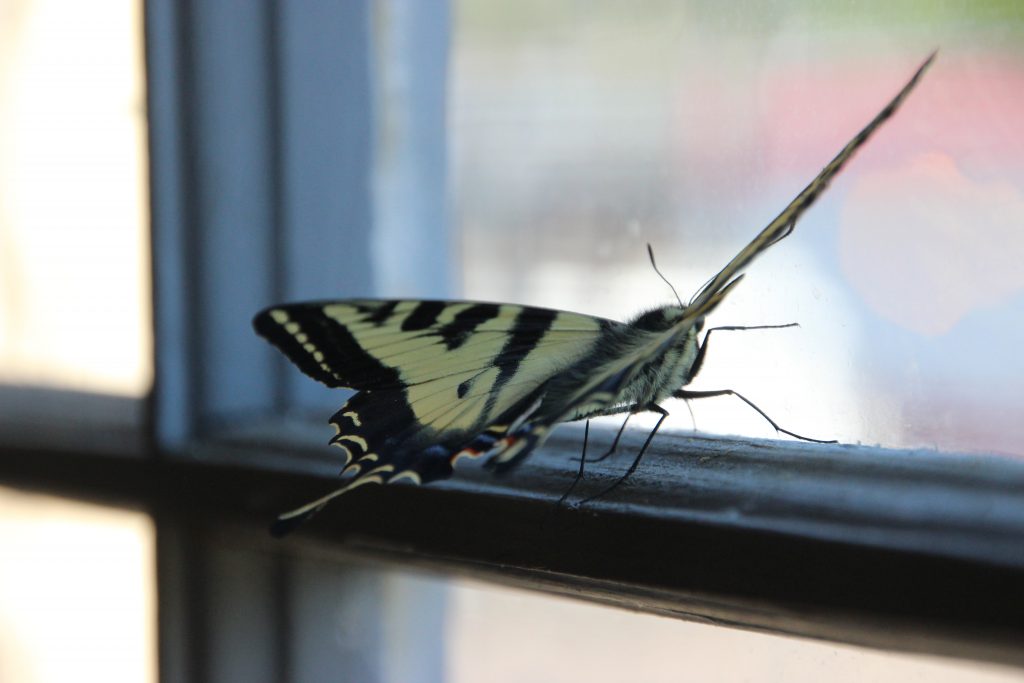 Contact Us To Reserve a Consultation
Connect with Us
‹ › ×